Check out this link:

http://www.rotherhamtoday.co.uk/ViewArticle2.aspx?SectionID=87&ArticleID=1924838
Posted by Paul Porter at 11:43 AM

The following article appeared in The Times Of Zambia newspaper and on their website:


MATCHMAKER Anthony Mwamba has appealed to the Zambia Amateur Boxing Federation (ZABF) to consider calling up England-based super heavyweight amateur Mizengo Sikombe for next year’s All-Africa Games.
Mwamba discribed Sikombe as Zambia’s greatest medal hope, saying the 19-year-old was a ringcraftsman worthy of a national team call-up.
Even at his tender age, Sikombe, who has been living with his parents in England for many years, already weighs 91kg and was recently in Zambia where he took time to train with the professional boxers who do their workouts at the Independence stadium gymnasium in Lusaka.
“The guy is good. I’m speaking as a former amateur boxer. Mizengo’s standards are far more superior to the standards we have here in Zambia,” said Mwamba of the teenager, who has since returned to his Sheffield base.
Mwamba said Sikombe has sparred with, among others, British heavyweight boxer Danny Williams who in 2004 scored one of boxing’s greatest upsets by knocking out the once-upon-a-time baddest man on the planet, Mike Tyson.
“I watched Mizengo in training. I’m recommending him as a boxer who can bring medals from the All-Africa Games and the Olympic Games. I’m appealing to the ZABF to consider him for future national team assignments,” he said.
He said Sikombe had expressed willingness to fight in Zambian colours should he be given an opportunity.
Mwambasaid he hadspoken to ZABF general secretary Bright Chomba about the prospect of giving a try-out to Sikombe and he was hoping all would go well.
From documented history, it is the first time Zambia has had an amateur boxer fighting from England and if he is considered for the national team, other logistics like flying him to and from tournament venues would have to be taken into account.
Zambia has never had a top amateur boxer in heavyweight category, and even at the time the late Zambian professional light-heavyweight legend Lottie Mwale ruled the roost in the amateur ranks, he was fighting as a middleweight.
In the past, boxers who have set up base in England have been those from the paid ranks like Mwale himself, Charm 'Shuffle' Chiteule, the late Chisanda Mutti and John ‘Big Joe’ Sichula.
Posted by Paul Porter at 2:23 AM 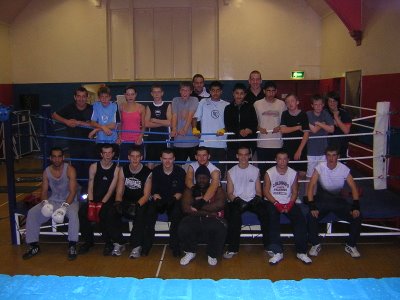 Woodseats boxers and coaches take a break from training. 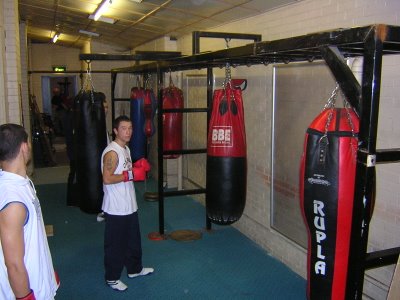 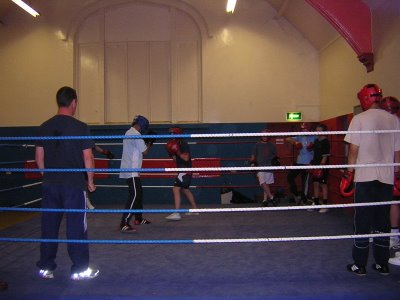